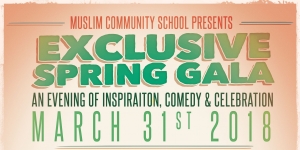 With significance of education of our future generation in mind, this event aims at an outreach to the muslim community and the broader audience to reinforce how education of young Muslim students can shape and improve their future image and impact in the society.

Ibtihaj Muhammad – Olympic Medalist: American sabre fencer, and a member of the United States fencing team. She is best known for being the first Muslim American woman to wear a hijab while competing for the United States in the Olympics. She earned the bronze medal as part of Team USA in the Team Sabre, becoming the first female Muslim-American athlete to earn a medal at the Olympics.

Azhar Usman – American comedian, actor, writer, and film producer: Azhar is one of Chicago’s top standup comics; CNN called him “America’s Funniest Muslim,” and Georgetown University identified him as “one of the 500 Most Influential Muslims in the World.” In 2010, standup icon Dave Chappelle–for whom Azhar has opened over 50 times–commented “Azhar is untouchable. He’s like a comedian from the future. His comedy has been profiled/reviewed by over 100 major world media outlets including The New York Times, BBC, The Guardian, NPR, Al-Jazeera, and Fox News. Azhar guest stars in Amazon Studios’ new big-budget, original series Patriot (created and written by Steve Conrad), and has appeared regularly on television and film. He served as a comedy writer for Hasan Minhaj’s speech at the 2017 White House Correspondents Dinner. Additionally, Azhar contributed comedy material appeared in many Netflix original standup specials.

Talib M. Shareef – President and Imam of the historic, Nation’s Mosque, Masjid Muhammad. Imam Shareef was honored to sit with and be recognized for his service by President Barack Obama at the White House Iftar in 2011 and he served as keynote speaker for the Pentagon and Homeland Security Iftars, and for the first and subsequent Iftars hosted by an Israeli Ambassador to U.S. Imam Shareef, is a retired Chief Master Sergeant of the United States Air Force after 30 years, and holds a Masters of Business Administration from American Intercontinental University, a Diploma from the Imam Muhammad ibn Saud Islamic University, and is a graduate of the Defense Language Institute Foreign Language Center in Arabic and Middle East studies. He is a student of the late Imam W.D. Mohammed, Muslim-American Spokesman for Humanity.

Seating is limited due to high demand. We look forward in welcoming you! 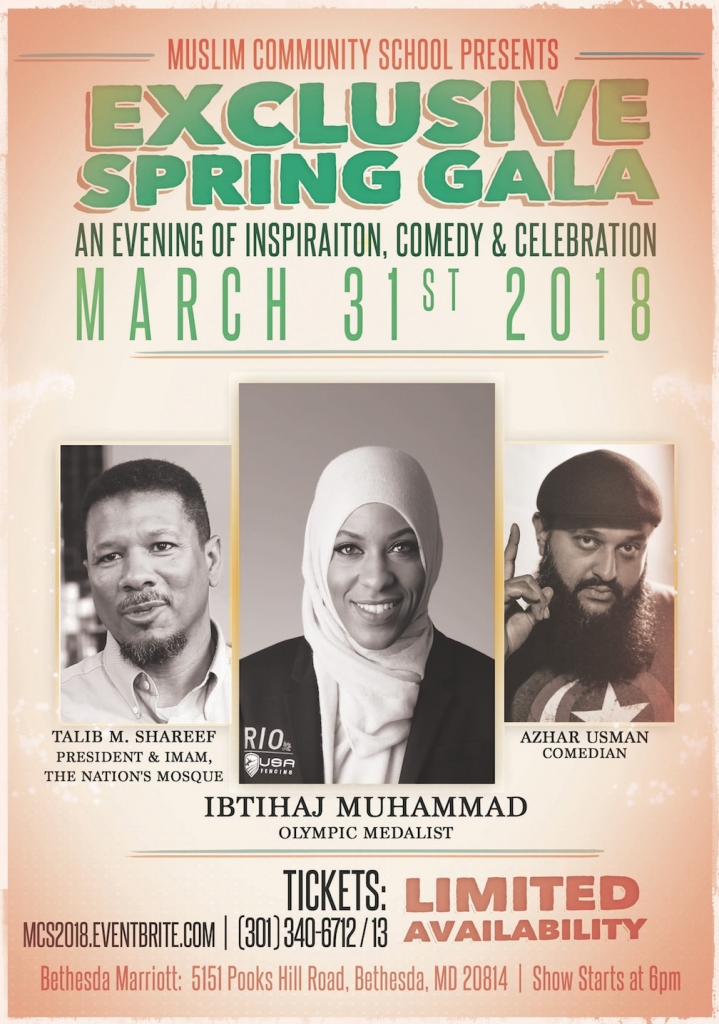